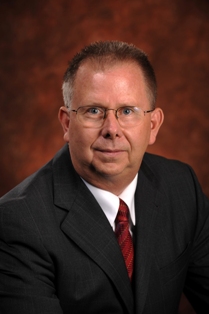 Professor Dennis L. Hoffman is Director of the L. William Seidman Research Institute, Director of the Office of the University Economist, a Professor of Economics, and member of the Dean’s Council of 100 Distinguished Scholars at W. P. Carey School of Business, Arizona State University.

He has published numerous academic articles and a book in the area of macroeconomics and econometrics. He is director of ASU’s Office of the University Economist and has received both teaching and research awards from ASU, including the Distinguished Faculty Research Award and designation as a Dean’s Council of 100 Distinguished Scholar. His research has been supported by the National Science Foundation and he has served as a Fulbright research scholar.  He served as a visiting research scholar at the Federal Reserve Bank of St. Louis during the summer of 1996. In 1997, Dr. Hoffman was named the Arizona Professor of the Year by the Carnegie Foundation.  Dr. Hoffman has served as Associate Dean for Graduate Programs and Associate Dean for Research in the W. P. Carey School of Business and in 2010 was appointed by the Governor to serve on the board of the Arizona State Retirement System and to chair a working group for the sales tax simplification effort.

Dr. Hoffman’s sponsored project efforts include the construction and maintenance of the tax revenue forecasting model used by the Executive Budget Office of the State of Arizona each year since 1982. Hoffman headed groups of economists who measured the economic impact of several fiscal initiatives for the State of Arizona in 1989 and in 1990. Dr. Hoffman has conducted considerable contract research over the last several years, including projects for most of the major businesses across the State of Arizona, for several State agencies and numerous foundations across the State. Dr. Hoffman has closely studied the regional economy in Arizona. His extensive experience positions him for his research interests that include defining and measuring the role of research universities in regional development, quantifying the value of education investments to the economic prosperity of a region, and measuring the impact of various fiscal initiatives on regional development.  He is a frequent guest on broadcast news programs and is frequently quoted in business articles for newspapers across the State.  Dr. Hoffman is also the faculty director of the newly designated Center for Competitiveness and Prosperity Research where the he directs the Productivity and Prosperity Project.